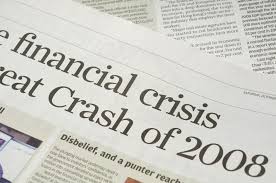 There is a long list of professions that failed to see the financial crisis brewing. Wall Street bankers and deal-makers top it, but banking regulators are on it as well, along with the Federal Reserve. Politicians and journalists have shared the blame, as have mortgage lenders and even real estate agents. But what about economists? Of all the experts, weren’t they the best equipped to see around the corners and warn of impending disaster?

Indeed, a sense that they missed the call has led to soul searching among many economists. While some did warn that home prices were forming a bubble, others confess to a widespread failure to foresee the damage the bubble would cause when it burst. Some economists are harsher, arguing that a free-market bias in the profession, coupled with outmoded and simplistic analytical tools, blinded many of their colleagues to the danger.

“It’s not just that they missed it, they positively denied that it would happen,” says Wharton finance professor Franklin Allen, arguing that many economists used mathematical models that failed to account for the critical roles that banks and other financial institutions play in the economy. “Even a lot of the central banks in the world use these models,” Allen said. “That’s a large part of the issue. They simply didn’t believe the banks were important.”

Over the past 30 years or so, economics has been dominated by an “academic orthodoxy” which says economic cycles are driven by players in the “real economy” — producers and consumers of goods and services — while banks and other financial institutions have been assigned little importance, Allen says. “In many of the major economics departments, graduate students wouldn’t learn anything about banking in any of the courses.”

But it was the financial institutions that fomented the current crisis, by creating risky products, encouraging excessive borrowing among consumers and engaging in high-risk behavior themselves, like amassing huge positions in mortgage-backed securities, Allen says.
As computers have grown more powerful, academics have come to rely on mathematical models to figure how various economic forces will interact. But many of those models simply dispense with certain variables that stand in the way of clear conclusions, says Wharton management professor Sidney G. Winter. Commonly missing are hard-to-measure factors like human psychology and people’s expectations about the future, he notes.

Among the most damning examples of the blind spot this created, Winter says, was the failure by many economists and business people to acknowledge the common-sense fact that home prices could not continue rising faster than household incomes. Says Winter: “The most remarkable fact is that serious people were willing to commit, both intellectually and financially, to the idea that housing prices would rise indefinitely, a really bizarre idea.”

Although many economists did spot the housing bubble, they failed to fully understand the implications, says Richard J. Herring, professor of international banking at Wharton. Among those were dangers building in the repo market, where securities backed by mortgages and other assets are used as collateral for loans. Because of the collateralization, these loans were thought to be safe, but the securities turned out to be riskier than borrowers and lenders had thought.

“The economics profession appears to have been unaware of the long build-up to the current worldwide financial crisis and to have significantly underestimated its dimensions once it started to unfold,” they write. “In our view, this lack of understanding is due to a misallocation of research efforts in economics. We trace the deeper roots of this failure to the profession’s insistence on constructing models that, by design, disregard the key elements driving outcomes in real world markets.”

The paper, generally referred to as the Dahlem report, condemns a growing reliance over the past three decades on mathematical models that improperly assume markets and economies are inherently stable, and which disregard influences like differences in the way various economic players make decisions, revise their forecasting methods and are influenced by social factors. Standard analysis also failed, in part, because of the widespread use of new financial products that were poorly understood, and because economists did not firmly grasp the workings of the increasingly interconnected global financial system, the authors say.

One result of this, argues Winter, who is not one of the authors but agrees with much of what they say, is to build into models an assumption that all market participants — bankers, lenders, borrowers and consumers — behave rationally at all times, as if they were economists making the most financially favorable choices. Clearly, he says, rational behavior is not that dependable, or else people would not do self-destructive things like taking out mortgages they could not afford, a key factor in the financial crisis. Nor would completely rational executives at financial firms invest in securities backed by those risky mortgages, which they did.

By relying so heavily on the view of humans as rational, the paper’s authors argue, economists ignore evidence of irrational behavior that is well documented in other disciplines like psychology and sociology. Even if an individual does act rationally, economists are wrong to assume that large groups of people will react to given conditions as an individual would, because they often do not. “Economic modeling has to be compatible with insights from other branches of science on human behavior,” they write. “It is highly problematic to insist on a specific view of humans in economic settings that is irreconcilable with evidence.”

The authors say economists badly underestimated the risks of new types of derivatives, which are financial instruments whose value fluctuates, often to extremes, according to the changing values of underlying securities. Traditional derivatives such as stock options and commodities futures are well understood. But exotic derivatives devised in recent years, including securities built upon pools of mortgages, turned out to be poorly understood, the authors say. Credit default swaps, a form of derivative used to insure against a borrower’s failure to repay a loan, played a key role in the collapse of American International Group.

Rather than accurately analyzing the risks posed by new derivatives, many economists simply fell back on faith that creating new financial products is good, the authors write. According to this belief, which was promoted by former Federal Reserve chairman Alan Greenspan, a wider variety of financial products allows market participants to place ever more refined bets, so the markets as a whole better reflect the combined wisdom of all the players. But because there was not enough historical data to put into models used to price these new derivatives, risk and return assessments turned out to be wrong, the authors argue. These securities are now the “toxic assets” polluting the balance sheets of the nation’s largest banks.

“While the economic argument in favor of ever new derivatives is more one of persuasion rather than evidence, important negative effects have been neglected,” they write. “The idea that the system was made less risky with the development of more derivatives led to financial actors taking positions with extreme degrees of leverage, and the danger of this has not been emphasized enough.”

‘Control Illusion’
When certain price and risk models came into widespread use, they led many players to place the same kinds of bets, the authors continue. The market thus lost the benefit of having many participants, since there was no longer a variety of views offsetting one another. The same effect, the authors say, occurs if one player becomes dominant in one aspect of the market. The problem is exacerbated by the “control illusion,” an unjustified confidence based on the model’s apparent mathematical precision, the authors say. This problem is especially acute among people who use models they have not developed themselves, as they may be unaware of the models’ flaws, like reliance on uncertain assumptions.

Much of the financial crisis can be blamed on an overreliance on ratings agencies, which gave complex securities a seal of approval, says Wharton finance professor Marshall E. Blume. “The ratings agencies, of course, use models” which “grossly underestimated” risks.

“Any model is an abstraction of the world,” Blume adds. “The value of a model is to provide the essence of what is happening with a limited number of variables. If you think a variable is important, you include it, but you can’t have every variable in the world…. The models may not have had the right variables.”

The false security created by asset-pricing models led banks and hedge funds to use excessive leverage, borrowing money so they could make bigger bets, and laying the groundwork for bigger losses when bets went bad, according to the Dahlem report authors. At the time, few people knew that major financial institutions had become so heavily leveraged in real estate-related assets, says Wharton finance professor Jeremy J. Siegel. “Had they not been in that situation, we would not have had the crisis,” he says. “We may not even have had a recession…. Macro economists really hadn’t talked about it because these structured financial products were relatively new,” he adds, arguing that economists will have to scrutinize the balance sheets of major financial institutions more closely to detect mushrooming risks.

Lessons Not Learned
Prior to the latest crisis, there were two well-known occasions when exotic bets, leverage and inadequate modeling combined to create crises, the paper’s authors say, arguing that economists should therefore have known what could happen. The first case, the stock market crash of 1987, began with a small drop in prices which triggered an avalanche of sell orders in computerized trading programs, causing a further price decline that triggered more automatic sales.

The second case was the 1998 collapse of the Long-Term Capital Management (LTCM) hedge fund. It had built up a huge position in government bonds from the U.S. and other countries, and was forced into a wave of selling after a Russian government bond default knocked bond prices down.

“When there’s a default in one kind of bond, it causes reassessment of all the risks,” says Wharton economics professor Richard Marston. “I don’t think we have really fully learned from the LTCM crisis, or from other crises, the extent to which things are illiquid.” These crises have shown that market participants can rely too heavily on the belief they can quickly unload securities that decline in price, he says. In fact, the downward spiral can be so rapid that it leaves investors with losses far larger than they had thought possible.

In the current crisis, he says, economists “should get blamed for the overall unwillingness to take into account liquidity risk. And I think it’s going to force us to reassess that.”

Academics also are beginning to reassess business-school curricula. Wharton management professor Stephen J. Kobrin recently moderated a faculty panel that talked about a wide range of possible responses to the crisis. Among the issues discussed, he says, was whether Wharton’s curriculum should include more on regulation and risk management, as well as executive education programs for regulators and other government officials.

Kobrin said he believes many academics share “an ideological fixation with free markets and lack of regulation” that should be reexamined. “Obviously, people missed the boat on a lot of the risks that a lot of financial instruments entailed,” he says. “We need to think about what changes are needed in the curriculum.”