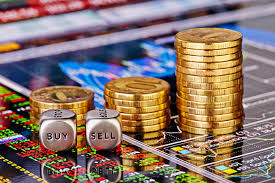 What does it mean when the Fed (and other countries) inject money into the banking system? Does this mean the government is printing money to get itself out of jam? Doesn't such an action create inflationary consequences? If so, wouldn't lowering interest rates be an at least equally effective mechanism? It seems to me that of those two mechanisms, even though both have inflation consequences, the lowering of interest rates would help the end consumer quicker.

The Federal Reserve, like all central banks, has several tools at its disposal to pump more money into the banking system (or drain it out), which helps to grease the economy and the financial markets — or slow them down.

Contrary to popular notion, printing physical reserve notes (currency) isn’t the most important mechanism. (Thanks, anyway, to those readers who kindly remind us that the Fed's secret manipulation of illegitimate, 'fiat' currency is root cause of the world's economic and financial ills.) Most of the ‘money’ that flows through the global financial markets is actually electronic data moving from one account to another.

One of the broadest tools the Fed can apply to the supply of money in the system is raising or lowering the amount of reserves that banks are required to hold in their accounts. Raising reserves means banks have to hold onto more money, which tends to tighten credit. This works fine as long as the borrowing you’re trying to manage is coming from banks. These days, much of the credit at the center of the current financial turmoil is coming not from banks but from the global money markets, where bonds are bought and sold and the market sets interest rates.

That’s where the other two main weapons in the Fed’s arsenal come in: 1. raising or lowering short-term interest rates and, 2. what are called “open market” transactions. Setting interest rates is the most visible and important tool because it essentially sets the “wholesale” cost of money. If you make money cheaper, it tends to move more quickly through the system. So if the economy is sluggish, a rate cut perks things up. If the economy is strong, raising rates is supposed to prevent the economy from picking up too much speed. Under those circumstances, too much money in the system feeds inflation..Open market transactions are more limited, but have a more immediate impact. That’s why the Fed turns to these when the financial markets get into trouble, as it did on Friday. The specific mechanics of open market moves are pretty simple.

The Fed operates a trading desk in New York through which is can buy or sell bonds. If it buys bonds, the broker-dealer that sold them gets cash in return. That cash then flows through the system. If the Fed wants to soak up money, it sells bonds from its account — taking cash from the dealer that bought them and taking it out of the system (or "draining" money.) The Fed maintains its own account, so any money being “injected” into the system is not coming directly from the tax dollars collected by the Treasury. Sometimes, the Fed will restrict these transactions to short-term “repurchase agreements” (or repos) which means the party on the other end of the trade agrees to reverse it after a few days or weeks. This means the shot in the arm is temporary — after the market settles down the money comes back out of the system to avoid pushing inflation higher. In the case of last Friday’s "injection" the Fed did something a little unusual. Ordinarily the bonds it offers to buy or sell are good old U.S. Treasuries; the Fed has lots of them lying around. But because the current breakdown in the credit markets is caused by bonds backed by subprime mortgages, those are the bonds the Fed specifically went shopping for (some $38 billion worth, to be exact).

Until the Fed stepped in, there were virtually no buyers for these things, because investors have all but given up trying to figure out what — if anything — they’re worth. Until it's clear how many more mortgage holders are going to default on their loans, it hard to know where things will shake out. But, based on recent sales, it turns out these bonds may be worth as little as a third of what they were supposed to be worth.

The Fed may have put out the fire for now. But the larger worry is that the banks, investment funds and hedge funds that are holding billions more of these bonds may now have to book those losses. And since the hedge funds holding these bonds are not regulated by the Fed, it’s anyone’s guess just who is holding them and how much damage was done by the collapse in their value.

Some holders, including Bear Stearns and the French bank Paribas, have already let Wall Street have the bad news. But there are almost certainly more shoes to drop before the current credit crunch runs its course.

What is the difference between Dow Jones, Nasdaq, and S&P 500? I know what they are but do buyers have the option to choose which stock exchange to buy or sell from? So if I have an E*TRADE account which market am buying from?

The Dow Jones Industrial average is a market scorecard with just 30 stocks maintained by Dow Jones & Co., the publishers of the Wall Street Journal, soon to be part of Rupert Murdoch’s News Corp. Dow Jones doesn’t handle stock trades, it just covers the markets and provides all kinds of market data.

The Nasdaq (originally the National Association of Stock Dealers Automated Quotations) began as a network of dealers that bought and sold stocks over the phone. Today, the Nasdaq is operated over a big computer network that is tied into brokers and individual investors who trade online. In some cases, the computer matches up the trade. In other cases, dealers who specialize in certain stocks that are listed on the Nasdaq exchange “make a market” in that stock — which means they match orders from buyers and sellers.

The other major U.S. stock trading site is the New York Stock Exchange, which has a physical trading floor with “specialists” who work at trading posts matching up buy and sell orders for specific stocks. Generally, the companies that are listed on the NYSE are larger than those listed on the Nasdaq.

Other U.S. stock exchanges include the American Stock Exchange (AMEX) and several regional exchanges. Some companies are listed on more than one exchange. When you deal with an online brokerage like E*TRADE, you can choose how you’d like to have your order routed. If you don’t, the brokerage decides for you and the trade is handled by an independent dealer.

In the case of E*TRADE, about half the “non-directed” orders for NYSE listed stocks are handled by E*TRADE’s own capital markets operation. Other dealers that clear trades for E*TRADE are Knight Capital Markets, the Chicago Stock Exchange, Citidel Derivatives and Direct Edge ECN. Many dealers pay brokerages to steer trades their way so they can get the commissions, a practice known as “payment for order flow.” Brokerages are required to disclose how orders are routed and how much they receive for steering trades.
Posted by Erizeli Bandaro at 9:26 AM