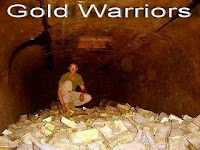 Many people ask me about the existence of Soekarno's assets or what is called the asset decade. They showed me the existing asset documents. There are Gold certificates, some are in the form of bank guarantees and other documents stating that these assets exist and are registered in the banking system. The story behind this asset seems like a myth. Gold assets are said to have been originally stored in banks in Europe during the kingdom (Nusantara) in the 16th century. The asset value is enormous. Then after Indonesia's independence, these assets were handed over by the heirs to the President of Indonesia, Soekarno. On the mandate of his heirs, Soekarno appointed a team to manage the assets (one of which was Pak Soewarno). The team's task is to take legal action to return these assets to Indonesia. The story continues until a meeting between Soekarno and JF Kennedy is known as the Hilton Memorial Treaty.

As far as I know, the story about the assets has never been confirmed by the government. There is a special reason that the physical asset is no longer available. It was for world war reasons. During the second world war, the first half, Germany won and all assets in European banks were taken over by Germany. In the second half, the United States won and the assets in Germany were taken by the US to be deposited with the Fed. Everybody knows what "you win, you take it all". This world war event is a force majeure in international law. Everyone is aware of the risks when placing assets in a bank. So we can conclude that this asset exists but is not available due to the history of war. Then why are there still bank documents related to these assets?

Even though the asset is no longer physically available, it is legally valid. This is because the assets were originally placed under trustee law, which is valid for 600 years. Therefore, governments in Europe still recognize evidence of assets and their heirs. However, the evidence is invalid if it is used for banking transactions. But in the wrong hands some assets are being used for money laundering and fraudulent operations. Therefore, interbank confirmation cannot be done via SWIFT. The asset is not recorded on the bank's balance sheet

But in general these assets are widely used for fraud motives to those with poor banking knowledge. How? To convince others, they show documents from a first-class bank. It's clearly fake. Banks no longer issue securities documents in written form, but in digital form (scripless). Sometimes something funny. The document contains the names and codes of the IMF and the world bank. Totally fake. Because the IMF and the World Bank are not involved in technical bank instruments as usual. Anything else is funny. These documents include the CUSIP, ISIN number for BG or SBLC. CUSIP or ISIN only for bonds or MTN. Bank products in the form of BG or SBLC do not have CUSIP or ISIN. All bank products are not listed on Euroclear. While many of these assets sometimes include Euroclear information.

So in conclusion, it's best to avoid talking about or dealing with these types of assets.
Posted by Erizeli Bandaro at 3:40 AM

Soekarno did not own those assets. The rightful owner of these assets belong to Majapahit Kingdom and the descendants of the royal family is still...and if anyone who wishes to know more about the assets and can assist me to realize it for the benefit of the people in Indo....should contact me...Heruka at johnrigpa at yahoo dot com

My suggestion is better never to deal with this property. to much fraud and too difficult to understand. For further information please visit http://upintelligence.multiply.com/