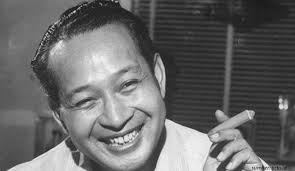 In August 1994, four CIA agents (names withheld) attended a secret meeting with Chinagate figure John Huang. The subject of the meeting was to discuss the exact amount of bribes and kickbacks for Indonesian dictator Suharto. I obtained detailed information of the secret meeting from the U.S. Commerce Department using the Freedom of information Act. I immediately contacted both the CIA and the Commerce Department about the fact that these documents had the names and phone numbers of CIA operatives. Instead of showing concern over the breach of national security, both agencies seemed to be more distressed that I knew the topic of the meeting.

Neither agency made any attempt to stop or restrict my publication of the CIA names – just the fact that U.S. government officials were aware of illegal activity. It was only the accidental release of a document without whole sections blacked out that tipped me off to the real nature of the multibillion-dollar trade deals with Suharto. My attempts to get the rest of the details on the illegal payments made to the Indonesian dictator brought a long and heavy legal battle between the Clinton administration and myself.


The documents show the Clinton administration not only knew of the illegal payments but also encouraged them. The 1994 meeting between the CIA and Huang included detailed information on a $2.6 billion U.S.-sponsored electric power plant for Indonesia and a special category called "first family involvement."

A 1994 Commerce Department report found in Huang's files noted that the Indonesian "Paiton" power plant had encountered difficulties with financing because the "Asian Development Bank (ADB)" knew it contained money for a Suharto family member.

"ADB had raised concern about first family involvement during its consideration of the $50 million financial portion," states the Paiton Project document found in Huang's files.

"[U.S.] Ambassador Barry stated that the project is facing two problems (i) the ADB financing may cave in and (ii) EXIM [Export-Import Bank] financing. Regarding ADB, technical questions have been satisfied, but ADB is skiddish [sic] about involvement of Indonesia's first family (a minority shareholder is married to Pres. Suharto's daughter)."

In addition, 1994 documents provided by the Overseas Private Investment Corporation (OPIC) noted that Suharto's daughter Prabowo and her brother-in-law, Hashim Djojohadikusumo, were given a total "2.5%" ownership in the U.S.-sponsored power project.
"ADB is still considering this, b/c of very minimal involvement of Indo ruling family in the Mission project. ... ADB's delay revolves around concern for projects in Indonesia involving the first family. … 75% ownership of the Mission project by daughter of Indo pres."

Bribes Got Top-Level OK
In the end, I obtained documents from the Export-Import Bank, the Overseas Private Investment Corp., the Commerce Department and the State Department.

These documents clearly show that Clinton administration officials were keenly aware that your tax dollars were being used to bribe Suharto. This fact did not escape notice inside Indonesia.

In 1999, an Indonesian government audit revealed that the Paiton power plant had accumulated losses of over $280 million. PLN, the Indonesian power company, estimated that it had lost over $18 billion in total to Suharto corruption inside various power plant contracts.

"It happened because there were so many people that 'used' Suharto's power when he was still in charge," stated the former President/Director of PLN, Adhi Satriya. "The Paiton project by itself is the largest loss for PLN. Corruption occurred in all parts of the project," said Adhi.

PLN officials approached me in 1999 and acquired the key documents showing that U.S. government officials were aware of the bribes being paid to Suharto. PLN used the documents to win a lawsuit against the Clinton administration, charging that U.S. officials knew the Paiton power plant contract was "corrupt from the beginning."

Cover-up
The Indonesian bribe scandal involves a cover-up. The Commerce Department initially withheld documentation on the illegal bribes going to Indonesia, citing various reasons, from inter-agency correspondence to personal privacy. Eventually, the Commerce Department caved in and gave all the documents. Criminal activity cannot be used as a reason to withhold Freedom of Information documents. In fact, knowledge of a crime by government officials and attempting to cover up that crime is itself criminal activity. So far, no law enforcement agency has investigated the breach of national security. No agency has investigated the billions of dollars sent to Suharto. No agency has investigated the cover-up of these bribe payments.
@ Charles R. Smith
Agents Met With John Huang to Discuss Bribes.
Posted by Erizeli Bandaro at 6:32 AM