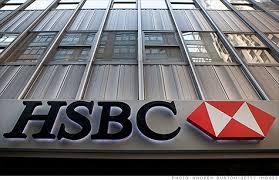 According to Rolling Stone’s article “Gangster Bankers,” HSBC got away with straight murder. The coverings of HSBC’s crimes which lasted over half a decade were revealed just before the holidays, shocking politicians, lawyers and investigators worldwide. A fine of $1.9 billion in other words, 5 weeks’ profit for HSBC for conducting the largest drug and terrorism money-laundering issue in history.

What’s flooring is the sentiment that not as little as one dollar or one day in jail from any individual has occurred for the enduring impact their criminal behavior has unleashed for the world. The British banking power laundering millions of dollars for drug lords and gangs including Mexico’s Sinoala drug cartel. A drug cartel suspected of killing at least 10,000 people within the past 10 years. With that, they washed money for terrorist organizations like Al Qaeda and Hezbollah, Russian mobs, assisted countries like Iran, Sudan and North Korea to avoid sanctions, and helping too many people hide their cash from taxes.

Attorney and former Senate investigator Jack Blu stated, “They violated every goddamn law in the book.” Who has contributed to a successful major bribery investigation against Lockheed in the 1970s leading to the of the Foreign Corrupt Practices Act. Further stating, “The took every imaginable form of illegal and illicit business.”

There is nothing new of these occurrences but what is new is the way our government responded with such leniency. What differs is the Supreme Justice department’s soft charges against the British bank.

Assistant Attorney General Lanny Breuer at a press conference to announce the settlement, “HSBC would almost certainly have lost its banking license in the U.S., the future of the institution would have been under threat and the entire banking system would have been destabilized.”

No jail time, no extracting money from influential individuals and no revoking of their license? Violating Trading with the Enemy Act and among many other international sanctions, HSBC along with every other bank has been giving the get out of jail free card. Total Immunity.
Posted by Erizeli Bandaro at 4:50 AM

I would like to discuss MTN's further. Please give me a call.

I have a friend that is chasing after this non sense that you write about. I wish that I could put you and him together so that you can set him straight.