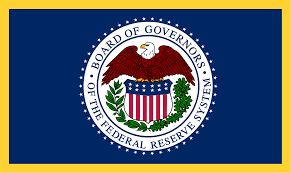 Supreme Court nominations, congressional ethics scandals, and insider politics dominated the Washington headlines in recent weeks. But perhaps the most important story, in terms of its impact on average Americans, has gone virtually unreported. Later this month our Treasury once again will hit the "debt ceiling," a figure based on federal law that limits the amount of money the federal government can borrow. The total amount of federal debt as of this month is a staggering $8.2 trillion, a number that is almost incomprehensible. The effects of this debt, however, will be felt by all of us in the form of inflation, higher interest rates, and a weakened U.S. economy.

New Federal Reserve Chairman Ben Bernanke faces a difficult dilemma. Our overseas creditors, particularly Asian central banks, already hold billions of U.S. dollars and are losing their appetite for lending us more money. They are wary of our enormous federal deficits and reckless economic policies. Ask yourself a simple question: would you loan the U.S. government money, given its spending habits? It's clear we can't go on borrowing $1.8 billion every day to finance the government!

The simplest way for the Fed to overcome these fears and maintain worldwide enthusiasm for the dollar is to raise interest rates and stop putting new dollars into circulation. But the Greenspan "boom" was based on the opposite approach. By cutting interest rates to the bone and vastly increasing the money supply, Greenspan made Americans feel rich-- first with the stock market bubble of the 1990s, and later with the housing bubble that is only now starting to burst. Greenspan was brilliant at making debt feel like wealth, but Mr. Bernanke inherits a very difficult situation. To maintain the value of the dollar, he must put the brakes on the money supply and raise the cost of borrowing. Such tough action is unlikely, however, given Mr. Bernanke's troubling public statements about the benefits of government printing presses.

For years the Federal Reserve Bank and Congress have maintained a cozy relationship. The Fed, by pumping more and more money into the economy, has allowed Congress to spend wildly beyond the amount collected each year by the Treasury. Congress loves deficit spending, because new programs are always politically popular and tax hikes are always unpopular. In return, Congress has maintained a completely hands-off approach toward the Fed system, allowing Mr. Greenspan free reign to "run the economy" with tremendous deference from both the public and the press. The results are not pretty. True inflation, correctly measured by the amount of money and credit available, has skyrocketed in the last 15 years. At the same time, federal deficits have exploded. Congress is addicted to spending, and the Fed is happy to supply the fix by providing easy money. As economist Addison Wiggin states, however, "The Grand Experiment with paper money is running its inevitable course. Bernanke's biggest challenge is the challenge of central banking itself: You can control some things, but not everything. In the Fed's case, it can control the quantity of money or the quality of it, but not both at the same time."

All of these factors make it likely the U.S. dollar will continue to decline in value, perhaps precipitously, in the coming decade. Will it take an economic depression before the American public finally holds the political class accountable for its reckless borrowing, spending, and counterfeiting.