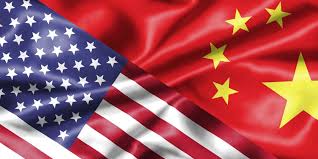 Between 1978 and 2007, China's GDP grew at an average annual rate of 9.75 percent and reached 24.6619 trillion yuan ($3.43 trillion) in 2007. With a total annual trade volume of over $ 2 trillion, China's foreign exchange reserves have reached $1.68 trillion as of March 2008 and continues to grow rapidly. While pursuing sound economic development, China is opening up its economy and actively seeking to expand its economic and trade ties with the developed world, including the US. At present, China and the US have become economically interdependent and their interests intertwined. The US has made significant gains from its economic and trade relations with China.

First, low-priced and good-quality goods and services imported from China have raised the consumer surplus and eased the inflation pressure in the US. According to a Morgan Stanley report, trade with China in 2004 alone saved American consumers $100 billion and created 4 million new jobs.

Second, China's imports from the US have added new momentum to the US economy. For five consecutive years, China has been the fastest growing market of American exports. And over the past decade, US exports to China increased more than 350 percent, which is about six times the growth of US exports to other regions. Whereas China was the 13th largest export market for US products in 1995, it is now the US' fourth largest market.

Third, US investments in China have yielded high returns. As of November 2007, US investors had poured in a total of $56 billion into 51,555 enterprises in China. These investments have obtained high returns and shared China's economic success. A study by the US-China Chamber of Commerce showed that 70 percent of American companies operating in China profited from their local businesses, and 42 percent of them reported profit margins in China higher than their global average. According to the US Bureau of Economic Analysis, since 1990 the remittance of investment proceeds generated in China by US companies, not including retained earnings and reinvestments, has totaled $ 20.8 billion, which is about 8 percent of their global total ($270 billion) over the same period.

Fourth, China's large-scale purchase of US dollar-denominated assets has helped lower US long-term interest rates, thereby providing cheaper capital for supporting US economic growth. Though enjoying a rapid and sustained growth, the economic and trade relations between the two countries are not free of problems or frictions, among which the most notable are the trade imbalance, the RMB exchange rate, and the protection of intellectual property rights. Views on these issues vary. I will comment on each of them in turn.

There are three factors contributing to the China-US trade imbalance.

The first factor is the declining savings rate in the US in recent years. Because private savings, especially the individual savings, continue to slump, coupled with the change from fiscal surplus to deficit, the US economy has become dependent on foreign capital to fill its investment gap, which could give rise to a trade deficit.

The second factor is the US export control policy. Despite the enormous demand for new and high-tech products from China, many US goods and products do not have access to the Chinese market because of the longstanding control imposed by the US government over high-tech exports to China. This has hampered growth of US exports to China. Although the US is the world's largest country in terms of number of technology innovations, it ranks only third in China's technology imports. In my view, advancement in technology is achieved mainly through applications. An export control policy hinders this advancement. For one, export controls prevent the US from gaining the potential profits from selling high-tech products and equipment to China.

The third factor is the acceleration of economic globalization. Globalization has sped up the flow of production factors and the transfer of industries. Labor and other advantages have made China a favorite destination of such transfers and, as a result, the "world's factory". Processing for direct and re-export trade of these foreign-invested enterprises is the major source of China's trade surplus with the US. In essence, this China-US trade surplus is largely a shift of the same "surplus" of Southeast Asian countries in their trading relations with the US.

Then, why is there still so much clamor on RMB exchange rate? Two underlying reasons come to mind.

First, it is the unique American election culture. Politicians like to point to a scapegoat for domestic problems. It is easier to find a foreign one, for otherwise they will be challenged by the American people for their policy failures. This behavior is best depicted by an old Chinese saying, "Blame others to avoid being blamed".

Second, which needs no elaboration, there are a few people in the US who are interested in slowing down China's development by this or other means. As to the Intellectual Property Rights (IPR), the Chinese government is committed and has been working vigorously to improve and enforce the relevant laws and regulations to protect IPR. Our American colleagues are well aware of this. What I want to emphasize is that protection of IPR is absolutely necessary, but should also be appropriate. Otherwise, not only will it be difficult to enforce such protection, but such measures would also be detrimental to human development.

Take, for instance, the patent rights for AIDS medication. If the royalties run too high, AIDS patients in developing countries will not be able to afford these medicines. As such, control over AIDS and similar epidemics will be compromised and holders of the patent will not benefit as much as they could from much broader applications. Royalties have the same effect on intellectual piracy as tariffs have on commodity smuggling. High tariffs charged for the purpose of protecting domestic "infant" industries also make smuggling a profitable business. In the same way that reducing tariffs is the best means to crack down on smuggling, lowering royalties and shortening IPR protection periods to appropriate levels are the best methods to end piracy. Economic globalization is an irreversible trend; both the US and China benefit from it. Unfortunately but understandably, opposing voices and forces against economic globalization exist in both countries and in other parts of the world.

If the US and China cannot cooperate with each other and spread the benefits of globalization to most countries and peoples in the world, globalization is likely to be obstructed. If this happens, the loss will be borne not only by China and the US, but by the whole of mankind as well. Being both stakeholders in supporting economic globalization, the two countries should work together for a solution to their trade problems on the basis of mutual benefit and through consultations on equal footing. As Thomas J. Christensen, Deputy US Assistant Secretary of State for East Asian and Pacific Affairs, recently put it, "the United States and China must further expand and deepen cooperation and have frank and candid consultation on the differences between the two sides".

We are pleased to see that the two countries have established a Strategic Economic Dialogue mechanism and other consultation channels. China, for its part, has taken a series of measures, including reforming its exchange rate regime, lowering export tax rebates, and encouraging imports.

The Mid-Term Loan Agreement of Sovereign-Based Financing Cooperation between China and the US, as signed and executed by the Exim banks of both sides, is one of these measures. All these are designed to create more favorable conditions for US exports to China. We hope that the US will change its trade philosophy and adopt constructive measures toward resolving the bilateral trade issues. Special attention should be paid to avoiding the rise of trade protectionism because it undermines the trade and interests of both countries.

A research by Morgan Stanley shows that a 27.5 percent tariff, if imposed on Chinese exports to the US, would have made American companies pay an extra $69 billion in 2005, or 10 percent of the total profits of companies on Standard & Poor's 500 Index. In short, I am confident that, as long as the two countries take serious and concerted efforts, the bilateral trade and economic problems can be solved smoothly.
Posted by Erizeli Bandaro at 4:42 PM