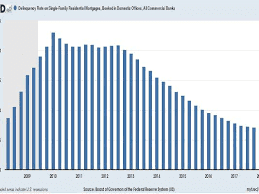 The biggest factor in the crisis is what conventional economics claims is the secret of the ‘free market’s’ purported success, namely, conventional endogenous loan money. This loan money:−
• is created out of nothing (by the pressing of computer buttons) by the banking system
• has interest (as distinct from administration cost) added
• is not directed at the development and spreading of productive (together with the associated purchasing) capacity so as to achieve a Say’s Theorem (Law) balance of supply and demand (with producers and consumers being the same people) while, at the same time, forwarding social and economic justice. In short, finance capitalism concerns itself with the making of money out of money and NOT with the true purposes of the real economy and society.

Contrary to popular belief and continual propaganda, banks do not lend their own money or that of the depositors. Instead, lent credit is new money which is created out of nothing (by the mere pressing of computer buttons) and, on repayment, the principal of the loan is cancelled.

“The actual process of money creation takes place primarily in banks.” (Federal Reserve Bank of Chicago (1992), Modern Money Mechanics – a Workbook on Bank Reserves and Deposit Expansion.). In the UK around 97% of the new money supply is created in this way and there are similar figures for other countries including the USA.

However, when the banking system creates the loan money out of nothing it creates sufficient money for the principal to be repaid but no money is created for the repayment of the interest. Therefore, if the overall money supply is not to shrink, more and more interest-bearing debt must be created. The result is that there is a continuing pressure for more and more interest-bearing debt to be created and that is the fundamental mechanism which lies behind the build-up of individual, town, corporation and national debt.

Conventional economics claims that the system of interest-bearing money serves the needs of the economy by efficiently allocating resources. But this is not true - the banking system money does not allocate its interest-bearing money to new productive capacity and its spreading. Instead, it allocates it to derivatives; to the bidding up of existing asset prices (such as house prices); to consumer credit; to putting individuals, companies and societies into debt, indeed, to anything but the real, productive economy. Moreover, the paying of interest diminishes the capacity of borrowers to repay and diminishes their capacity to consume.

In addition, conventional endogenous money requires two lots of financing (one for production and one for consumption when only one lot − for both production and consumption at the same time − is necessary). The result is that there is continued inflation. Because it has detrimental effects and does not serve the purposes of a true, fair, free market, let alone the purposes of society, conventional endogenous loan money must be gradually eliminated. This can be done by a gradual rise in banking reserves eventually to 100%. Banks will then be left with the duties of lending (as they are supposed to do) their own capital and (with permission) the deposits of their customers; and of administering interest-free loans stemming from the national bank.

Other factors in the financial crisis include:-• computerisation• off-balance sheet creations and the unregulated, largely unseen, derivatives market• the elimination of legislative constraints (e.g. repeal of the 1933 Glass-Steagall Act which ensured that banking, stockbroking, mortgage provision and insurance had to be separate activities)• the ending of proper banking reserves• the reliance only on interest rates as the basic controlling mechanism• corrupt lending practices and valuations• the vacuous belief that the ‘free market’ is Perfection Manifested (and soon everything returns to the most perfect equilibrium).

All of the factors contributing to the crisis take place against a background of deceitful propaganda and deception about the ‘free market’. The truth is that the ‘free market’ is not free, not fair and not efficient and there cannot be true democracy unless all individuals (whether or not in conventional jobs) have their own independent productive capacity giving them their own income.

Furthermore, throughout the world, capital ownership is concentrated – in some ‘free market’ countries only a handful of families own most of the stock market (in Indonesia fifteen families own around 60% of the stock market). Over-concentration of economic power and the prevention of the operation of a true free market (in which producers and consumers are the same people) are prime causes of autocracy and poverty.

The justification for the present system of the banking system creating money and lending it at interest is that, by so doing, it is furthering the allocative purposes of an efficient ‘free market’. However, in reality, it does not allocate resources efficiently and, since interest is also unnecessary where productive capacity is concerned, the whole justification for the present system collapses. On top of which, the present system (unlike binary economics) is incapable of achieving a proper balance of supply and demand with producers and consumers being the same people as required by Say’s Theorem (Law) and the requirements for social and economic justice.

Because of the interest which compounds, debtors are under continual pressure to repay and, on the international scene, whole countries are effectively colonised by having to repay amounts many times the original loans. Also, because of interest, much frenetic activity is engendered and poor people without material security cannot be expected to moderate their claims on material prosperity unless they have a fair deal like everybody else.

But binary economics gives the fair deal - it spreads productive (and the associated consuming) capacity so that all individuals in the population - including babies, carers and those not normally in conventional employment - have at least some form of secure, independent income.

Moreover, at present, virtually everyone has either had a scarring experience of poverty or has a perception or fear that they might fall into poverty. In short, people feel insecure and that is one of the main factors in explaining greed. The insecurity - and the associated aggressive consuming attitudes - will only disappear if ALL people have material security and, at the same time, all people in some degree earn in exactly the same way as do others (i.e. at least part of their individual income should come through capital ownership). Only then will there be hope of people voluntarily minimising their greed. Moreover, as between individual countries, fairness between populations is essential if there is to be willing co-operation.

Greed is also caused by the present financial system which creates sufficient money for the principal of interest-bearing loans to be repaid but does not create sufficient money with which to repay the interest. The result is that more interest-bearing money has to be created (with more inflation and more people going into debt) and more frenetic activity in the endeavor to try to make repayment. Worse, the system favors the short term destruction of natural wealth rather than its long term maintenance. Unless the role of interest in the financial system is substantially diminished not only is the environment at risk but so is the stability of the world financial system.

It is also the case that populations stabilise when there is a reasonable standard of living, good education and health and at least some status for women. Binary economics provides these things and is essential if the present growth of the world’s population is to be moderated.Lastly, there is now an extraordinary range of ‘alternative’ green technologies capable of generating clean electricity but which cannot be used because, in the present system of interest-bearing money, they are not financially viable. Examples include tidal barrages, tidal lagoons, and large-scale solar structures. However, with interest-free loans they will become viable. The world must have clean electricity generation and that means the use of interest-free loans to introduce the technology.
Posted by Erizeli Bandaro at 8:22 PM